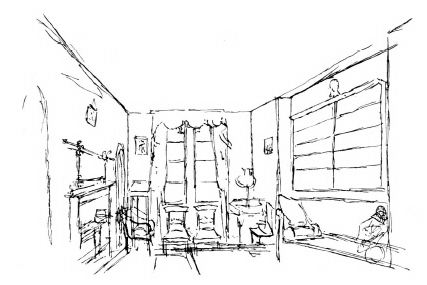 Reviews and Scholarship at galton.org

Commentary on emanations of the Galtonian penumbra.

Two new books by Robert Plomin and Kevin Mitchell are essential reading for keeping up to date with the research programme established by Francis Galton.

Three articles on Galton and his connection with George Darwin, by Chris Pritchard, based on his PhD thesis work.

Recently published: a statistical reanalysis of some of the fraud charges levelled at the noted Galtonian Sir Cyril Burt. Intelligence Volume 49, March-April 2015, Pages 32-43.

From the abstract: "In the last comprehensive review by Mackintosh et al. Cyril Burt, Fraud or Framed? (London: Oxford University Press, 1995) of the fraud charges posthumously leveled against the once eminent psychologist Sir Cyril Burt, Mackintosh and Mascie-Taylor asserted that statistical anomalies they detected in his social mobility data of 1961 provided crucial evidence of guilt. The anomalies included apparent departures from normality in some parts of the data, incommensurate cell totals, and suspicious uniformity within IQ bands across fathers and sons. It is shown here that the departures from normality were a natural consequence of unavoidable rounding when inverting the cumulative normal distribution to construct the class IQ bands used in the tables. Elementary procedures are given, known since at least the 1930s, which could have been used by Burt to simultaneously preserve both the normality of his IQ data and the desired population proportions of occupational classes. Other anomalies first noticed by the statistician Donald Rubin are explainable as artifacts produced by fixing marginal totals in the presence of rounding to IQ scores, then using the same weighting procedures to conform to margins. The grounds given by Mackintosh and Mascie-Taylor for finding fraud in Burt's social mobility data are therefore dismissed."

Darlington contributed an influential foreword to a reissue of Hereditary Genius in 1962, and was an important member of the school of genetics that Galton initiated.

Raymond Fancher.   "Francis Galton's African Ethnography and its Role in the Development of his Psychology" British Journal for the History of Science 1983.
Review by Gavan Tredoux (March 2004).

Fancher may claim that Galton's nascent hereditarianism was based on submerged sexual desire and other psychological peculiarities, but it is far easier to believe that Fancher is himself motivated not by biographical evidence, since he offers so little of it, but rather by antipathies generated by the controversies of his own era.

The Fingerprints of a Scottish Eccentric

Even if Faulds continues to attract sympathy and interest today, it is rash to boost his reputation, as Beavan does, by sleight of hand, with little sense of skepticism or critical judgment, and at the expense of those to whom Faulds was in the end little more than an annoyance.

Sweeney has a thoroughly political agenda. Like postmodernist literary criticism, the result is an unintentionally ironical incarnation of all the faults attributed to the subject. Postmodernists complain about the "prison house of language", but their own prose is impenetrable and might easily be mistaken for nonsense. Though Sweeney expends chapters on the supposed political nature of Galton's work on mental ability and heredity, the political agenda is transparently all his own.  The principal fault he attributes to Galton — carelessness bordering on fraud — is on full display in his own work. Where his argument contains substantial points, elementary cross-checking refutes them.

N. W. Gillham.  A Life of Sir Francis Galton: From African Exploration to the Birth of Eugenics (Oxford, 2001)
Review by Gavan Tredoux (August 2002).

Gillham has missed the opportunity to provide a detailed assessment of Galton's contemporary influence on fields like behavior genetics and differential psychology, and to bring his subject right up to date by presenting the current state of knowledge about the topics that were most important to him. This detracts from the value of what is otherwise a fine biography.