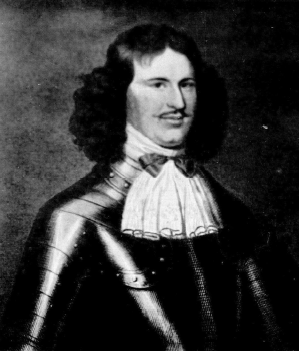 ... Sir Ewan Cameron, of Lochiel, surnamed the Black, was in personal qualities unrivalled among the Celtic princes. He was a gracious master, a trusty ally, a terrible enemy. His countenance and bearing were singularly noble. Some persons who had been at Versailles, and among them the shrewd and observant Simon Lord Lovat, said that there was, in person and manner, a most striking resemblance between Lewis the Fourteenth and Lochiel; and whoever compares the portraits of the two will perceive that there really was some likeness. In stature the difference was great. Lewis, in spite of highheeled shoes and a towering wig, hardly reached the middle size. Lochiel was tall and strongly built. In agility and skill at his weapons he had few equals among the inhabitants of the hills. He had repeatedly been victorious in single combat. He was a hunter of great fame. He made vigorous war on the wolves which, down to his time, preyed on the red deer of the Grampians; and by his hand perished the last of the ferocious breed which is known to have wandered at large in our island. Nor was Lochiel less distinguished by intellectual than by bodily vigour. He might indeed have seemed ignorant to educated and travelled Englishmen, who had studied the classics under Busby at Westminster and under Aldrich at Oxford, who had learned something about the sciences among Fellows of the Royal Society, and something about the fine arts in the galleries of Florence and Rome. But though Lochiel had very little knowledge of books, he was eminently wise in council, eloquent in debate, ready in devising expedients, and skilful in managing the minds of men. His understanding preserved him from those follies into which pride and anger frequently hurried his brother chieftains. Many, therefore, who regarded his brother chieftains as mere barbarians, mentioned him with respect. Even at the Dutch Embassy in St. James's Square he was spoken of as a man of such capacity and courage that it would not be easy to find his equal. As a patron of literature he ranks with the magnificent Dorset. If Dorset out of his own purse allowed Dryden a pension equal to the profits of the Laureateship, Lochiel is said to have bestowed on a celebrated bard, who had been plundered by marauders, and who implored alms in a pathetic Gaelic ode, three cows and the almost incredible sum of fifteen pounds sterling. In truth, the character of this great chief was depicted two thousand five hundred years before his birth, and depicted,--such is the power of genius,--in colours which will be fresh as many years after his death. He was the Ulysses of the Highlands.

He held a large territory peopled by a race which reverenced no lord, no king but himself. For that territory, however, he owed homage to the House of Argyle. He was bound to assist his feudal superiors in war, and was deeply in debt to them for rent. This vassalage he had doubtless been early taught to consider as degrading and unjust. In his minority he had been the ward in chivalry of the politic Marquess, and had been educated at the Castle of Inverary. But at eighteen the boy broke loose from the authority of his guardian, and fought bravely both for Charles the First and for Charles the Second. He was therefore considered by the English as a Cavalier, was well received at Whitehall after the Restoration, and was knighted by the hand of James. The compliment, however, which was paid to him, on one of his appearances at the English Court, would not have seemed very flattering to a Saxon. "Take care of your pockets, my lords," cried his Majesty; "here comes the king of the thieves." The loyalty of Lochiel is almost proverbial: but it was very unlike what was called loyalty in England. In the Records of the Scottish Parliament he was, in the days of Charles the Second, described as a lawless and rebellious man, who held lands masterfully and in high contempt of the royal authority.  On one occasion the Sheriff of Invernessshire was directed by King James to hold a court in Lochaber. Lochiel, jealous of this interference with his own patriarchal despotism, came to the tribunal at the head of four hundred armed Camerons. He affected great reverence for the royal commission, but he dropped three or four words which were perfectly understood by the pages and armourbearers, who watched every turn of his eye. "Is none of my lads so clever as to send this judge packing? I have seen them get up a quarrel when there was less need of one." In a moment a brawl began in the crowd, none could say how or where. Hundreds of dirks were out: cries of "Help" and "Murder" were raised on all sides: many wounds were inflicted: two men were killed: the sitting broke up in tumult; and the terrified Sheriff was forced to put himself under the protection of the chief, who, with a plausible bow of respect and concern, escorted him safe home. It is amusing to think that the man who performed this feat is constantly extolled as the most faithful and dutiful of subjects by writers who blame Somers and Burnet as contemners of the legitimate authority of Sovereigns. Lochiel would undoubtedly have laughed the doctrine of nonresistance to scorn. ...